A Reflection of You 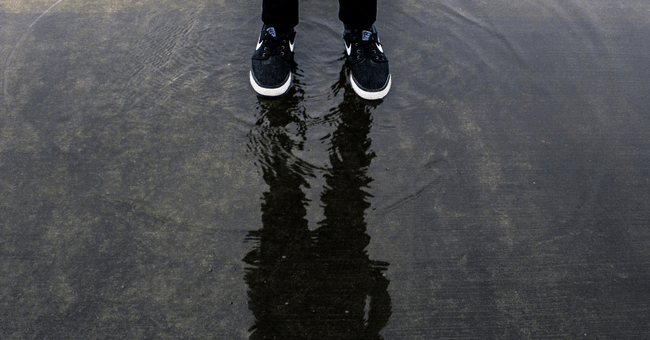 When I was younger I used to feel like everyone automatically thought anything that I failed at was off the charts bad, embarrassing, and crushing to me personally.  Even if I didn’t say anything about the situation, I just knew they were all thinking about it and that they knew exactly how I felt inside.  By the time I finished worrying about what everyone thought I felt ten times worse.

Then one day I started observing a certain psychology playing out at work.  In a short period of time, two different guys I knew at work were both demoted, or pushed to a less impacting role in the company.

The first guy was a little younger and he was upset.  He wore it on his sleeve.  He told everyone how unfair it was and how embarrassed he was about the situation.  At first his coworkers (me included) tried to make him feel better.  They didn’t think it was that big of a deal and tried to minimize it.  This just made the guy defensive and he magnified how bad it really was by his mood and sheer aura around him.  Soon others began to feel even worse for him.  They didn’t know what to say.  It was hard to talk to him and he created a self-fulfilling prophesy.  He began to be isolated in what he felt was the limitation of his role.

In actuality, his co-workers were just reflecting him back to him.

The second guy was a little older.  It seemed he was being put out to pasture, in a lesser role, while the younger up and comer was promoted to his job.  You would expect that he would be hurt and defensive.  But that is not what he portrayed.  He had his same great attitude and energetic hello and smile.  He was still interested in what was going on with you or your area of the business.  And he shared about his new area with enthusiasm.  I am sure he had to be disappointed a little, but he never acted that way.  So in turn, his colleagues reflected his enthusiasm and interest back to him.  They kept him included in  their lunches and discussions.  They asked him about his new area.  They did care about him and were interested, and since it didn’t seem to bother him, they felt comfortable to engage with him.  They reflected him back to him!

Our Attitude Can Make All The Difference

This was an epiphany to me that I have carried out in so many applications.

Think about the application of this.

And when they don’t respond back in kind….

…..you still have the power to set the best example.

…..you still feel better about yourself.

…..you still keep difficult situations from defining you.

…..you can still reflect Jesus to them.

Jesus did even more.

What Did Jesus Do?

Not only did he accept rejection, betrayal, and ultimately death at the hands of the people He loved….He did it still showing us that it was okay….He still loved us and He was still God.

Then He took all of the garbage and sin of the world, each of us, and instead of reflecting it all back to us as we deserved, He absorbed it all and reflected back love and forgiveness and sacrifice.

And our response today to Him is love and reverence, not embarrassment and pity.

The way you handle the challenges in your life today…..

would you want you, reflected back to you?