I went to a breakout session given by Brit Moore, the President of The Giving Keys. This was neat for me because I had found The Giving Keys on a trip to Birmingham two years ago and later that year had chosen to give a Giving Key to each member of the Crossroads team for Christmas. The concept is simple. They hire homeless people in transition to put inspirational words on old keys and turn them into jewelry. The company hopes that the purchasers or recipients of these keys of hope will pay it forward and give the key to someone else they may encounter who needs that word of inspiration in their life.

Brit is a young president running a rapidly growing business. Sales have grown like 2000% in the past 4 years. She was at the conference I was attending to talk to us about teams. Obviously, with the rapid growth, The Giving Keys has grown their staff from roughly 4 people to 60 people in the same short time frame.

She candidly shared that the conversation she was having had been recent learning for her and that they are continuing to learn as they go and as they grow.

She shared much of the same information that you may have heard before. Things like:

She was down to earth and honest about the changes and processes her team has been through. Toward the end she made a statement that I feel was the key message of the breakout session. It is the concept that all entrepreneurs fight on some level at the beginning of their journey. She was talking about developing a process for setting expectations and managing performance. She started to semi-apologize for it seeming so normal, ordinary, almost boring.

Then she said the statement:

Systems have liberated me.

Systems have liberated me.

We tend to think of systems as confining, stifling, and life-sucking. However, what she went on to explain was:

Having clearly defined expectations, written roles and responsibilities, a regularly timed process for feedback, measured against agreed upon and aligned goals and objectives provided the measurement tools to give objective and fair feedback.

It was a relief.

I work with small businesses every day that rarely have all of these pieces in place to manage the performance of their team. They may have pieces of it at the most. And yes, there is much anxiety amongst small business owners in trying to hold their team accountable in a fair and consistent manner.

However, most entrepreneurs feel that too much structure and too many systems will enslave them and their time, rather than free them. This is why this message was so refreshing to me. Here was a very young leader of a fast growing company who embraced adding the processes and was telling a room full of other young entrepreneurs that it was liberating.

Do you have clear expectations for your team? Do you have a scheduled plan for regular feedback to your team? Can consistency of performance benefit your company?

It is never too late to start. Begin to define your expectations and the roles and responsibilities of each of your team members and remember…systems liberate!

The Benefits of Visual Analytics for Your Business

Many small businesses are looking for innovative techniques that will help them make informed business decisions and draw attention to important messages. Business decision-makers can […] 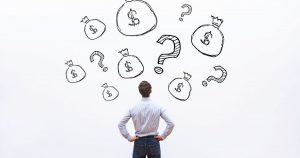 How Can the Lack of Accurate Financial Information Destroy Your Business?

At some point, after hanging the shingle up and opening for business, most entrepreneurs hire someone to help with their bookkeeping.  Whether a family member, […] 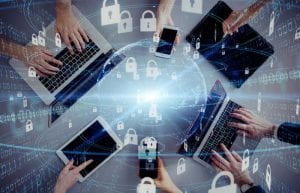 Creating ads that work with Facebook’s constant audience limitations is like chasing a lock that’s never quite within arm’s reach, and if you’re lucky enough […]