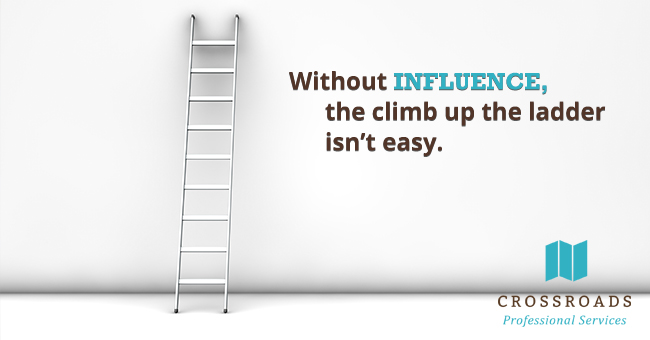 Early in my corporate career, I was one of those annoying, eager to please, want to make a difference newbies. I still get embarrassed today thinking about the time I went to the VP of Marketing and Sales and offered to help on his new product launch.

I had a lot to offer.  I knew from my boss, the CFO, that the VP had not prepared the appropriate project justification and didn’t have executive approval.  I was a financial analyst and I knew I could help.

He didn’t know me and I was the low man on the totem pole.

He didn’t even bother to return my call or respond to my email.

I had no influence.

Of course, then my boss, the CFO, told me to go to his office and tell him that he wouldn’t get funding or approval without the analysis and justification.

Again, I had no clue. I bebop down to his office thinking this will be great. When I tell him he can’t move forward until he has the approval, then I can offer to help again. He will surely be grateful.

Instead, he screamed at me.

He said he didn’t know who I was but I had absolutely no authority over him and he would do what he wanted. He would tell my boss in no uncertain terms that I would never go anywhere in this company.  I was no one.  And who did he (my boss) think he was sending some “no one” kid to discuss this with him?

I had no influence.

Holding back the tears (okay, I didn’t hold them back), I went back up to the CFO’s office and told him I had ruined everything. The VP was furious and was going to get me fired and him in trouble.

A Decade of Mentoring on Influence

It was a great start to my career and the beginning of many more tears to be shed.  However, I learned and I practiced and it was the most valuable mentoring I have ever received….before and since.

It has been 25 years since that day, and here is the cumulative learning I have received on influence:

Personal influence, such as expertise and people skills, is more powerful in business because it creates commitment and buy-in from others.

Many times, someone can have expertise but terrible people skills. They can be wonderful contributors but terrible leaders. People don’t usually follow the super tech person who can’t talk to anyone unless someone with “position” authority makes them.

At the same time, a person with charisma, who motivates and encourages, starts out as a strong leader.  They can lose respect quickly if they do not have a strong expertise or substance behind their words.  A leader who is all cheerleader will soon lose respect if he can’t understand or help with our challenges and opportunities.

Of course, there are levels on the spectrum of both types and it is probably rare to find a perfect balance of both.  But I was young and impressionable and that was what I was striving for.

I will break down for you in my own words how I tried to use each to build influence.

Building my expertise was extremely important:

Building people skills is equally important.  I was in finance early in my career and moved up into roles such as Controller and CFO.  I also had the opportunity to totally shift and be a marketing manager…. and then one day run a division myself.  I eventually learned expertise in various areas of business. However, without people skills I would never have built the influence to get the jobs or to pull them off.

The types of people skills that are important are:

The VP of Marketing and Sales didn’t get me fired, but he also never embraced me as a resource or person of influence.  He didn’t last long at the company fortunately.  By the time the next VP came on board, I had matured a lot.

I became a key resource for the marketing and sales departments which in turn improved the company’s financial results and improved the success of our new projects.  A couple of years down the road I finally was asked to officially join the marketing department and had a brand manager helping me to learn the marketing side.  We bartered expertise.

Even further down the line I became a VP myself; one of the first VP’s to come up through the ranks.

I couldn’t have done it on my own.  I needed my mentor every step of the way.  He had influence and he shared with me the importance of working on influence through a combination of expertise and people skills.

Obviously, there is a lot to be said about influence and many books have been written.  This probably doesn’t match the books.  It is just one person’s experience.

The Most Important Ingredient of Influence

And I believe that each piece is important.  However, since leaving this company I became a follower of Jesus.  As a Christian, all of these factors build influence, but there is one that stands out as the linchpin to me:

Without caring, without love, you lose your influence. 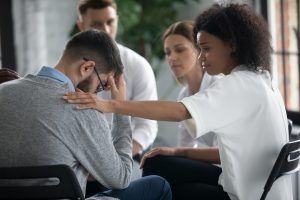 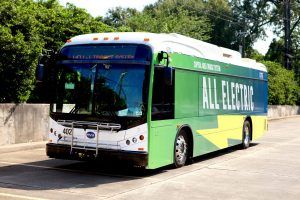