How to Recruit Talent for Your Small Business… For Free 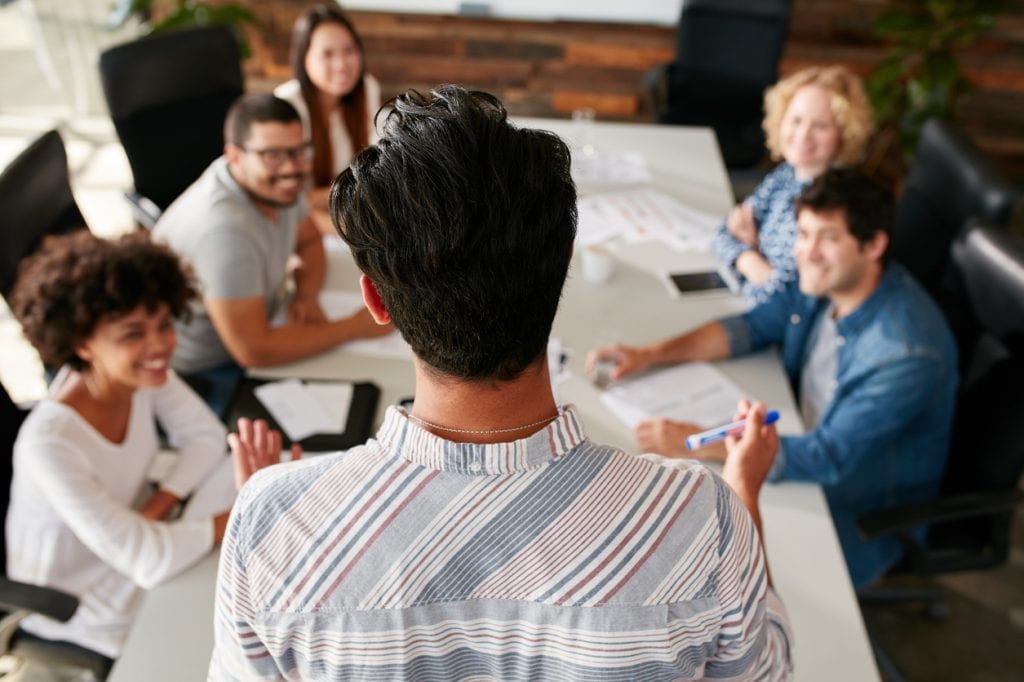 Over Christmas break, my family along with my husband’s side of the family crowded into a theater to watch The Greatest Showman. We brought all of the seven grandkids with us, including two 2-year-olds, because we were promised a high energy film that would hold the attention of even the squirmiest toddler.

The Greatest Showman did NOT disappoint, and it is now my four-year-old’s favorite movie ever- yes it has beat out Frozen and Trolls!  In fact, at least once or twice a week we crank up the opening song in our living room and put on our own version of the show with loud singing and less-than-amazing dance moves.

Not only was the music and choreography amazing, but I’m a sucker for any kind of comeback story. In this movie Hugh Jackman plays the role of a poor orphaned child with a relentless imagination and drive to pursue the impossible. Despite the odds stacked against him, Barnum’s great risk made him a pioneer in the world of entertainment.

To be Successful We Need a Great Team

I’m certain that the film was not completely historically accurate, but nonetheless I was still inspired by several things in the movie. One thing that I really noticed in the storyline of the movie was that Barnum’s momentum really started to pick up when he recruited an amazing team– the hodgepodge of misfits and rejects that he employed for his shows.

He gained even more notoriety when he recruited Zack Efron’s character, Philip Carlyle, and then stepped into the international scene when famous singer Jenny Lind joined his tour. Sure, Barnum was a brilliant man, but how much of his success can be attributed to his ability to build a great team?

So my question is, how do you attract talent?

I’ve often wondered that. One day I’ll lead a team and I want to know how to create something that highly talented people want to be a part of, or at the very least are willing to jump and take a chance on.

So I did some research for you, and here’s what I found.

How to Recruit Talent…For Free

First let me introduce you to Craig Groeschel, if you don’t know him already. He pastors what is currently the largest church in America (with as many as 100,000 in attendance on Easter Sunday) with nearly 30 campuses and growing. In my humble opinion, Groeschel puts out some the best leadership material out there and his monthly podcast is literally gold.

In his Craig Groeschel Leadership Podcast, he shares in the episode entitled Principles of Higher Hiring Part 1:

“You don’t need a large, successful organization to attract great people. You need a vision worth following.”

So to answer my previous question, and possibly yours- have a vision worth following.

Vision is a fundamental piece to building a small business and it’s essentially free. So dream away! Your vision for your business or organization is a picture of what could be, fueled by the mission and passion that it should be.

If you’re able to clearly communicate your vision & mission to your people, they will be inspired by something bigger and greater than the simple tasks that fill their day. Give your team the why behind the what, something to hang on to that will motivate them in the day-to-day grind.

Jesus Changed the World with a Compelling Vision

Jesus was able to attract 12 disciples with the same message- follow me, and let’s change the world.

And that’s exactly what they He did.

These men were willing to give their lives for a vision from Heaven. A vision larger than life, greater than anything they had ever seen latched onto their hearts and changed them forever.

2,000 years ago a plan was set into motion- God’s vision– and the gospel of Jesus has traveled to nations and people far from where it all began.

All because of a vision.

God’s plan for your business is not any different; so what’s your vision?

God Has a Vision for Your Business

We believe that God gives us vision, and the ability to dream and create comes from the Creator. The vision for your business can come from Him. You only need to ask.

What are the dreams in your heart?

Pray about how to communicate that, whatever that vision is, and we believe you’ll be well on your way to recruiting a dream team that wants to go after the same thing.

Ashton graduated from Lee University in Cleveland, TN in 2012 with a bachelor's degree in English Education. She began working at Crossroads on the Marketing Team in May 2017.

Being a Christian leader in today’s secular work climate takes more than courage, discipline, and determination. Christian leadership is deeper than that. One must also […]