So God Made a Manager

I loved the TV commercial rolled out during the Super Bowl, “so God made a farmer…”    As the ad goes, the farmer rises before dark, puts in his 40 hours by Tuesday, stays up late to tend school board matters, fighting through pain to put in his second 40 before the week is done, then hears his son tell him he wants to do what Dad does…

The ad struck me by Paul Harvey’s voice over the stark unglamorous photo roll that points to a calling to suffer.  Suffer for things other than self.  Suffer for other people, our work, beasts and the soil of the fields.  There is no mention or consideration of the farmer’s needs or wants and that is why “God made a farmer.”

The story is ripe with a Genesis 3 basis as man will work by the sweat of his brow and it will be hard.  Hard work; for others; not for self; work that needs to be done; short of fame; not even a mention of money.  I love the “So God made a farmer” campaign as a beautiful evangelism of the TV watching public including myself.

The farmer will be caretaker of the land.  He will produce a bountiful crop, God willing, and when facing adversity will hope in God to provide for next year.

Our culture and associated marketing tends to focus on the end game.  Goal setting, benchmarking, comparative analysis, can all point us to take matters into our own hands to accomplish our own objectives.   But what about obedience to the higher calling of God’s will?  What about just doing what we need to do to be caretakers of the creation, not for our own gain but for the good of others?

I found the so God made a farmer campaign beautiful in the fact that it had such mass appeal.  If you sit upon that fact that a large viewer ship of the Superbowl is Christian conservative and thereby a good campaign should target that segment, it’s another commercial.  But the ad proved to have mass appeal and was top tier in it’s impact.  So I am encouraged that the underlying principals of God’s will, creation, obedience, long suffering for eternal glory, can be received so well in our most popular commercial setting of the Superbowl.

I’m not a farmer which means  “God made a Manager.”

Being a Christian leader in today’s secular work climate takes more than courage, discipline, and determination. Christian leadership is deeper than that. One must also […] 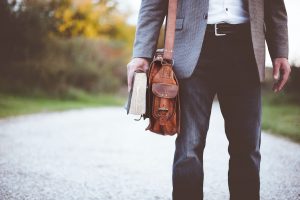